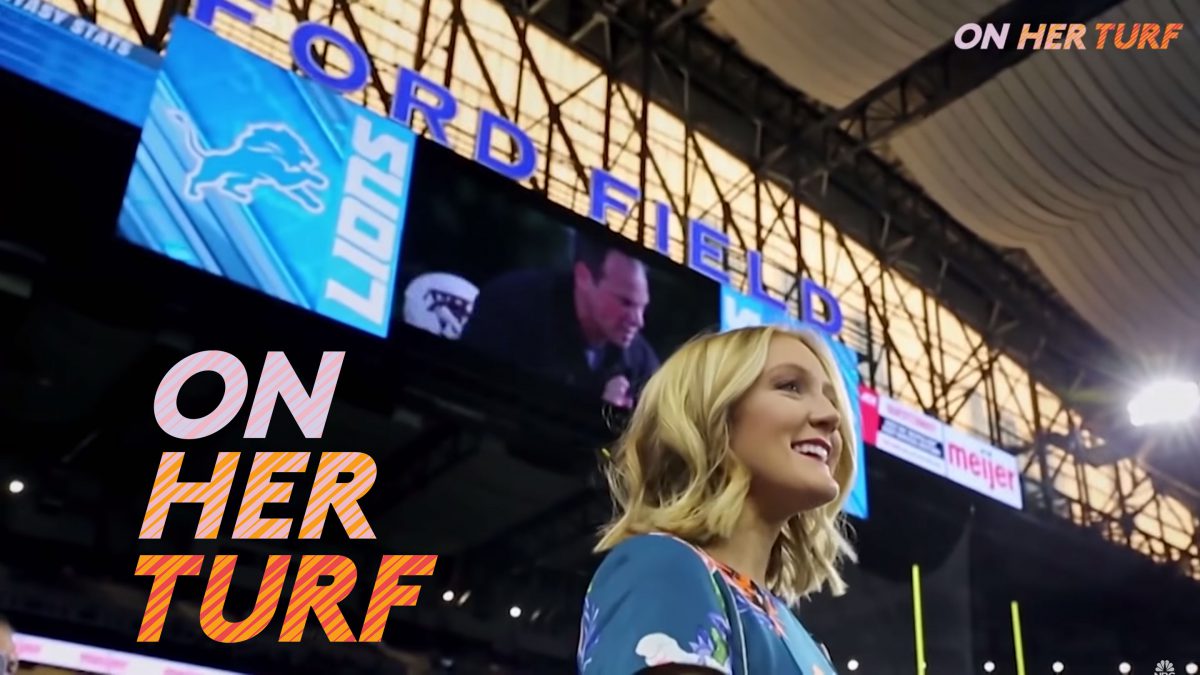 In fall of 2018, NBC’s Sunday Night Football launched a “Football is Female” initiative in partnership with Refinery29 where each week, they would highlight a female who worked in football around one of the two teams featured in that matchup of SNF. In week 3, the Lions faced the Patriots at home, and On Her Turf contacted Tori to cover her work as the team reporter for the Detroit Lions. The video shows Tori’s perspective on being a female in a male-dominated industry and what she has done to overcome that. It also gives you a behind-the-scenes look at what a normal NFL season work week looks like for Tori.