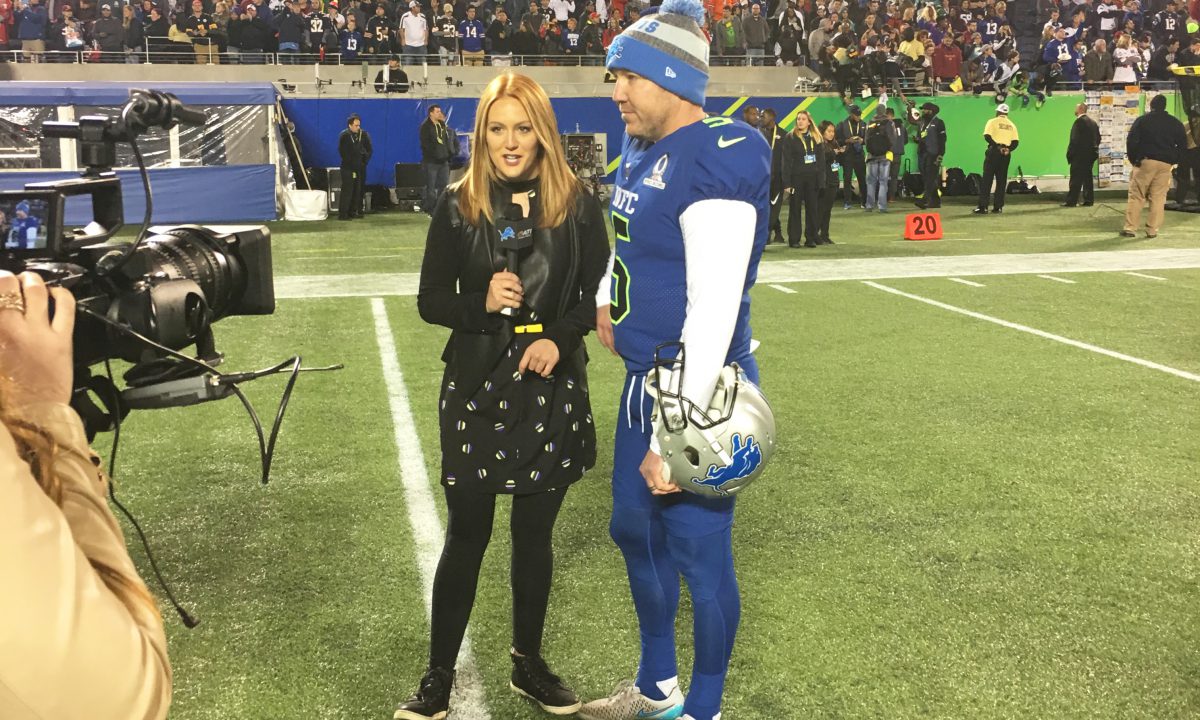 Tori traveled to the Pro Bowl as a one-man band to cover current Lions kicker and former UCF Knight Matt Prater’s trip back to his college town of Orlando to compete in the NFL’s all-star game. She shot, edited and produced six videos during the weekend to highlight his trip, including this behind the scenes look at the 2017 Pro Bowl. The complete list of links to her Pro Bowl videos can be found below:

Detroit Lions Cheer and Roary at the Pro Bowl