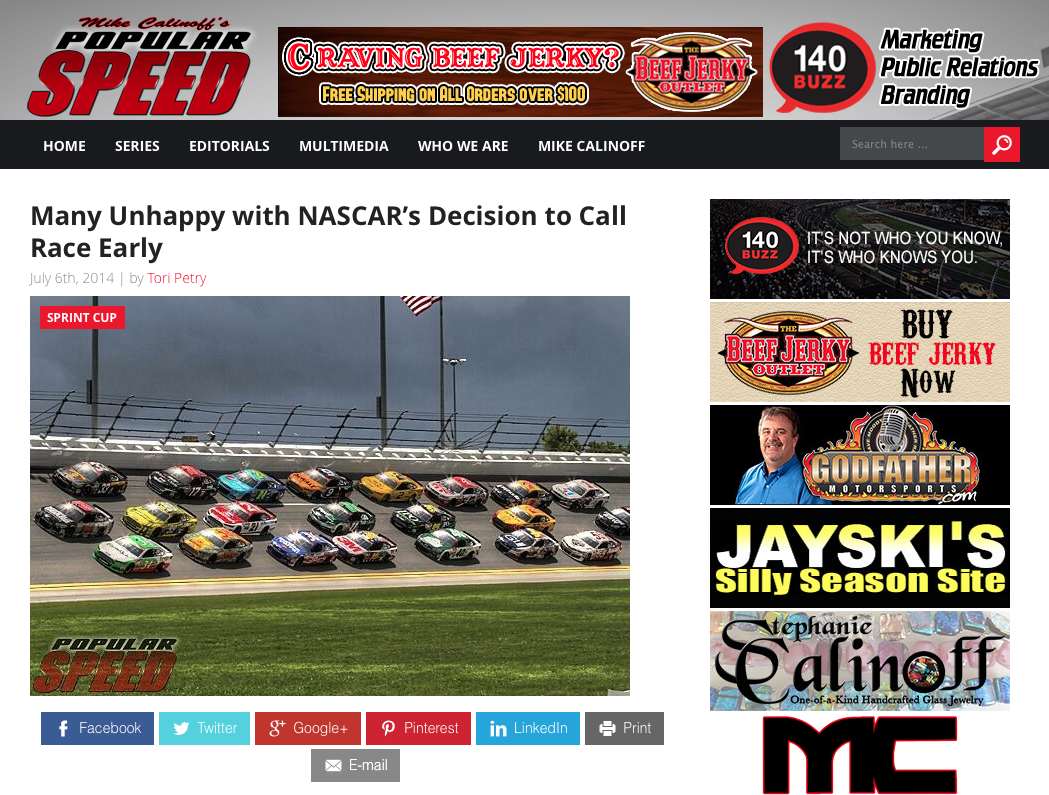 After a soggy and wreck-filled weekend at Daytona International Speedway, NASCAR decided to end the drawn-out ordeal early – much to some drivers’ chagrin.

With 48 laps to go in the Coke Zero 400, NASCAR declared Sunday’s postponed race official under a red flag due to inclement weather.

“This sucks,” fifth place finisher @AustinDillon3 muttered to @BrianLVickers as they took the podium in the press room after the race.

[Read the rest of Tori’s article on PopularSpeed.com]