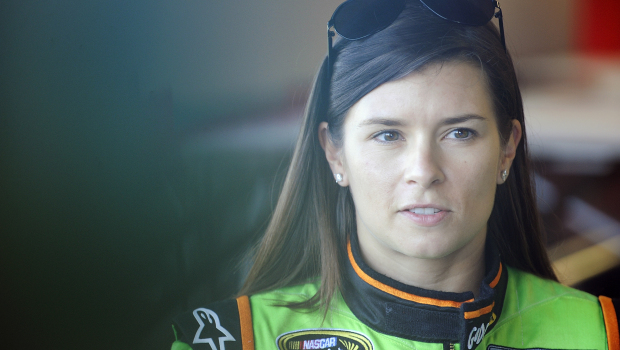 Schedule conflicts. That tragic moment when you look at your calendar and realize two very enticing events land on the same day. NASCAR Nationwide Series driver Danica Patrick had a moment like this when she flipped her calendar to May 27, 2012: Indianapolis Motor Speedway’s Indy 500 versus Charlotte Motor Speedway’s Coke 600.

“After a lot of conversations, it’s just going to be the Coke 600. It’s going to be a big challenge,” Patrick said. It will be the first time the Indy 500 will be without Patrick since her first run in 2005. She has run a full season of open wheel racing every year since then, adding a part-time schedule with NASCAR’s Nationwide Series in 2010.

This year, however, Patrick’s attention is on NASCAR as she transitions to a full-time Nationwide Series schedule and a 10-race Sprint Cup run. “The past couple of years, it’s been Indy Car and NASCAR, but Indy Car was always the priority, and NASCAR took the backseat,” Patrick said, “now that’s shifted.”

It’s not that running both races on the same day is impossible; it’s been done before. Patrick herself has qualified for the Indy 500 on the same weekend as the Iowa Speedway Nationwide Series race. And Stewart-Haas Racing team owner and fellow driver Tony Stewart has raced both Indy and Charlotte in the same year twice before. In 1999, he placed ninth at the Indy 500 and fourth at the Coke 600, and in 2001, he placed sixth at the 500 and third at the 600.

But eventually Stewart gave up his childhood dream of winning the Indy 500 in order to focus on NASCAR – and is impressed that Patrick is willing to do the same.

“We didn’t tell her she couldn’t run in the 500. It was left up to her. It shows how dedicated she is to making this transition,” Stewart said.

Choosing the Coke 600 as the 9th of her 10 allotted Sprint Cup races will give her valuable experience in NASCAR’s longest race of the season before she goes full-time in the Sprint Cup for 2013. “It just didn’t work this year,” Patrick said. “I’m bummed and I’ll miss it and I’m sure I’ll be following it, but maybe in the future it’ll come back and be a possibility.”

Patrick will make her Sprint Cup debut in the first race of the season at Daytona International Speedway’s Daytona 500 in February.