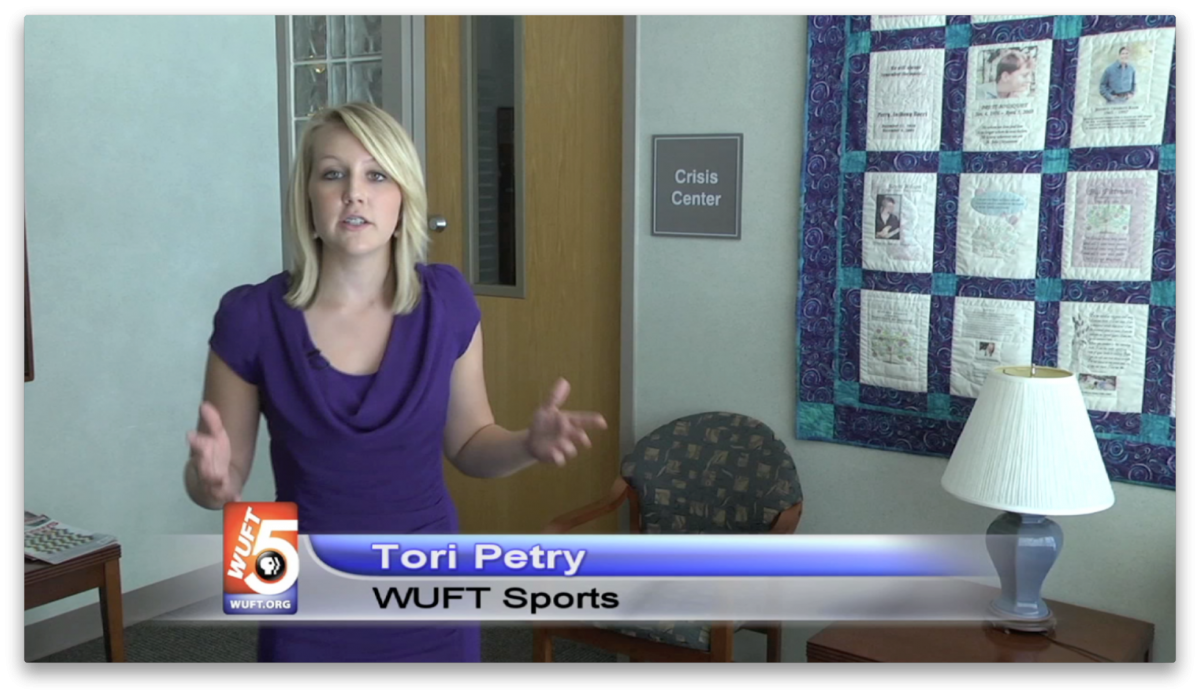 This feature story by Tori Petry was selected as a National Broadcasting Society Awards Finalist.

Gemma Spofforth, assistant coach for the University of Florida swim team, doesn’t feel the need to be defined by her identity in the pool, even though she has an impressive swimming resume: former Gator, British Olympian and world record holder.

She retired from competition swimming after this summer’s London Olympics. Spofforth will aid in practice and recruiting, and she is responsible for counseling swimmers. She’s comfortable with her new role because she is enrolled in graduate school to become a counselor.

“She’s able to sit there, and you just need somebody to talk to, she gives you that ear to talk to without rushing it or butting in,” said Martyn Wilby, associate head coach.

Spofforth knows firsthand the importance of supportive coaches because she’s needed them. A health condition almost ended her career in 2005, and she lost her mother to cancer two years later. She credits her coaches for pulling her through the depression that followed.

“Being able to sit and go in Wilby’s office and speak to him and vent was really important to me,” Spofforth said. “They would sacrifice their time, so I think it’s really important for me to be able to give back to all these people and more.”

Spofforth said she hopes to take her passion for helping others international by participating in an organization called “Right to play.” She’s currently training to climb Mount Kilamanjaro to raise money for the organization, which uses sports to teach children how to overcome life’s obstacles.