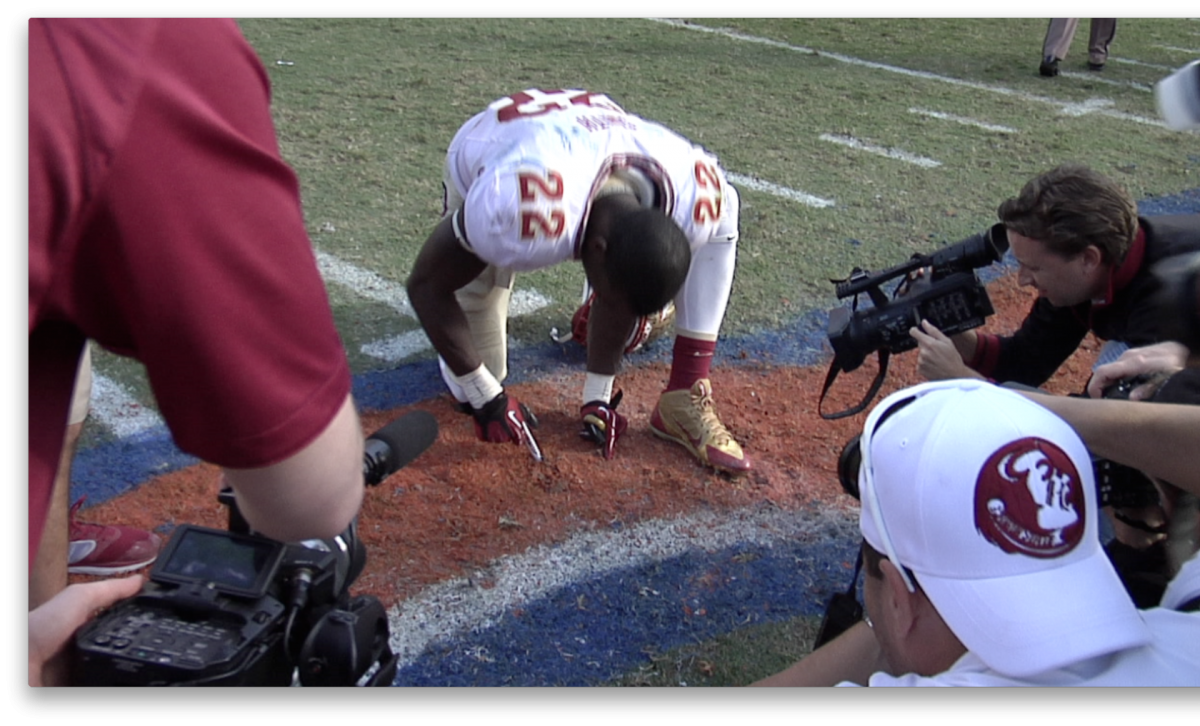 FSU linebacker Telvin Smith took part in Florida State’s “Sod Cemetery” tradition on Saturday after FSU’s 37-7 win over the Gators by cutting a chunk of sod from Florida Field. Meanwhile, the Florida band played the Alma Mater in the background and the crowd ironically sang “All Hail, Florida, Hail!” as Smith defaced the Gator’s home turf.

According to tradition, Seminole players cut a piece of sod from the fields of championship and rivalry away games where they are victorious and bury it in the Sod Cemetery. The last sod to be laid to rest was turf from Memorial Stadium in Clemson after the Noles beat the Tigers in late October.

Tori originally posted this video Vine on her Twitter account, @sportstori before it appeared on the WRUF Sports website. She is the Florida football beat reporter for WUFT Sports.