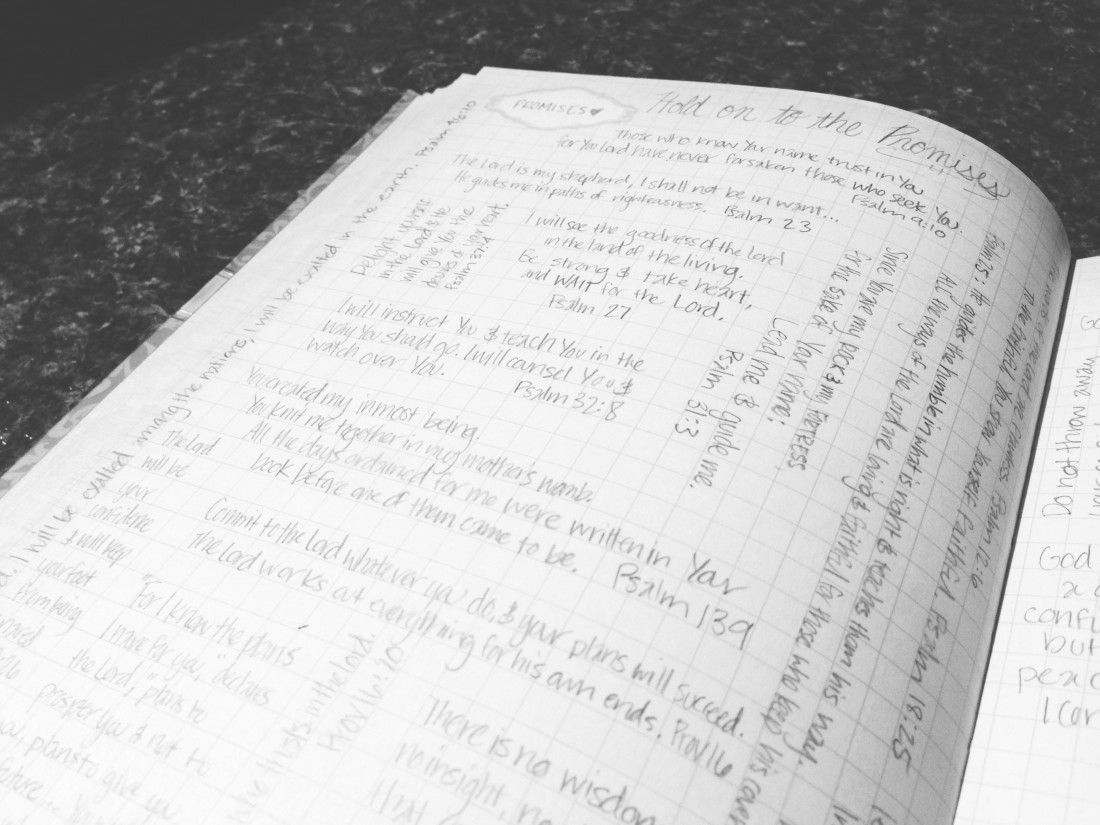 “God is faithful.” You’ve heard it a thousand times in songs, in sermons, blogs, and more. Maybe you’ve heard a pastor say at some point that you should write down your prayers so that months or years from now, you can go back and read them and see how they’ve been answered and be reminded how faithful God is.

But what happens when you don’t feel like God is faithful? I am one of those people who keep a “prayer journal.” For me, it’s more so because writing is how I process thoughts (I am a journalist, after all). Recently, I went back to look at some of the prayers I had written down within the past year of my life. And instead of it reminding me how faithful God is when I first read it, it kind of broke my heart.

To be honest, for the past year and a half, I’ve prayed and sought after the Lord’s heart in many areas including areas of ministry and very few have turned out how I prayed they would and it has been tough. I am now about 4 months from graduating college, and I have some huge decisions ahead of me regarding my future. I’ve prayed over my post-college plans for months now, and I struggle to continue to believe that God will be faithful in providing a future for me when I haven’t seen the evidence of his faithfulness as of late like so many other people have.

I know that my faith does not rest upon the deeds of the Lord. Yes, answered prayer is an inspiring reminder that God looks out for his children, but the God of creation sent his Son to die for my many mistakes. I do not deserve even that. How can I demand God continue to prove himself to me when I have already received so much I did not earn?

Yet faithfulness is a part of God’s identity. As is undeserving love, goodness, mercy… I could go on and on. Though we don’t deserve it, his character is unchanging (James 1:17) and he continues to bestow good gifts upon his children. There are countless scriptures that serve as proof of the faithfulness of his character:

“Those who know Your name trust in You, for You Lord, have never forsaken those who seek you.” –Psalm 9:10

“All the ways of the Lord are loving and faithful for those who keep his covenant.” –Psalm 25

So if I have been “faithfully” serving the Lord, why have my prayers seemingly been forgotten?

Then I began to realize that those prayers I deemed “forgotten” or “ignored” were simply prayers that had not been answered how I had asked for them to be answered. Yes, I believe in praying big, in not putting limits on my God, but what I had forgotten was that the same “bigness” I had believed in to trust him for “big prayers” is the same “bigness” that makes me unable to understand all of his ways.

Proverbs 16 says “The Lord works out everything for his own ends.” I know in my heart that the Lord led me into certain roles this past year – leadership in ministry, pageantry, etc. – and though I prayed the Lord would bring specific results from those things that never came, he was still working those things out for his own ends because I was faithful to his call and followed where he led me. And along the way, I have encountered people and situations that have drawn me closer to the Lord and given me the opportunity to share the love I have for my Savior with those around me.

“We know that in ALL things, God works for the good of those who love him, who have been CALLED according to his purpose.”
Romans 8:28

I seem to have overlooked the fact that God can still move despite the fact that he isn’t moving the way I told him to. In the New Testament, many Jews believed the “Messiah” God had promised was going to be a political leader who would use military might to free them from Roman rule. The Jewish leaders, the Pharisees, scoffed at Jesus because they did not believe this lowly son of a carpenter could be the King they had all been promised. Their Messiah was right in front of their faces, and they rejected him.

A few years ago, I remember praying a specific prayer that the Lord would make me an empty vessel, willing to take his message wherever and however he sent me. Maybe that’s what the past few years have been. I prayed the Lord would place me in situations where he could use me, and he did. Only I expected big huge fireworks and he worked in little sparks. I expected a regal, mighty king to deliver me through battle – and he came in a manger.

I cannot look past the manger just because I didn’t witness the king upon his throne. I cannot be like the Pharisees, full of doubt, refusing to believe the Messiah is here, that he is present in my life, just because he didn’t arrive in the way my preconceived notions said he would.

The Messiah is here, working in my life just like he promised, and I can choose to praise him for the seemingly “mundane” everyday works he does and seek to serve him when those opportunities come along, or I can wallow in self pity that the Lord didn’t do things my way.

I’ve been on an obsessive Lord of the Rings kick lately (I am not ashamed to admit it) and if you know anything about the writer, J. R. R. Tolkien, you know he was a solid Christian whose work very much reflected themes of his faith. I think one of his characters, Gandalf the Grey, explains the point I’m trying to get at so very well:

“Saruman believes that it is only great power that can hold evil in check, but that is not what I have found. I found it is the small things. Everyday deeds of ordinary folk that keep the darkness at bay… simple acts of kindness and love.”*
-Gandalf

God is certainly capable of working through great power. But we must not fail to realize that he can work in seemingly smaller ways as well that are just as miraculous. We may never on this earth know the full extent to which God was moving in our situations, orchestrating every moment to fit into his plans. But one day in heaven we will know, and we will fall on our faces in awe of how big our God is and how we were so foolish in failing to believe in the faithfulness that was with us every step of the way.

I know God has a plan for my future. And I can pray in faith that he will provide it because contrary to what Satan would have me believe – my God has not failed me yet.

“Trust in the Lord with all your heart and lean not on your own understanding. In all your ways acknowledge him, and he will make your paths straight.”
Proverbs 3:5-6

*This quote is from the movie, not Tolkien’s writings, but it is consistent with the characters Tolkien created.

1 thought on “BLOG: Having Faith”